How to take a screenshot on a Mac 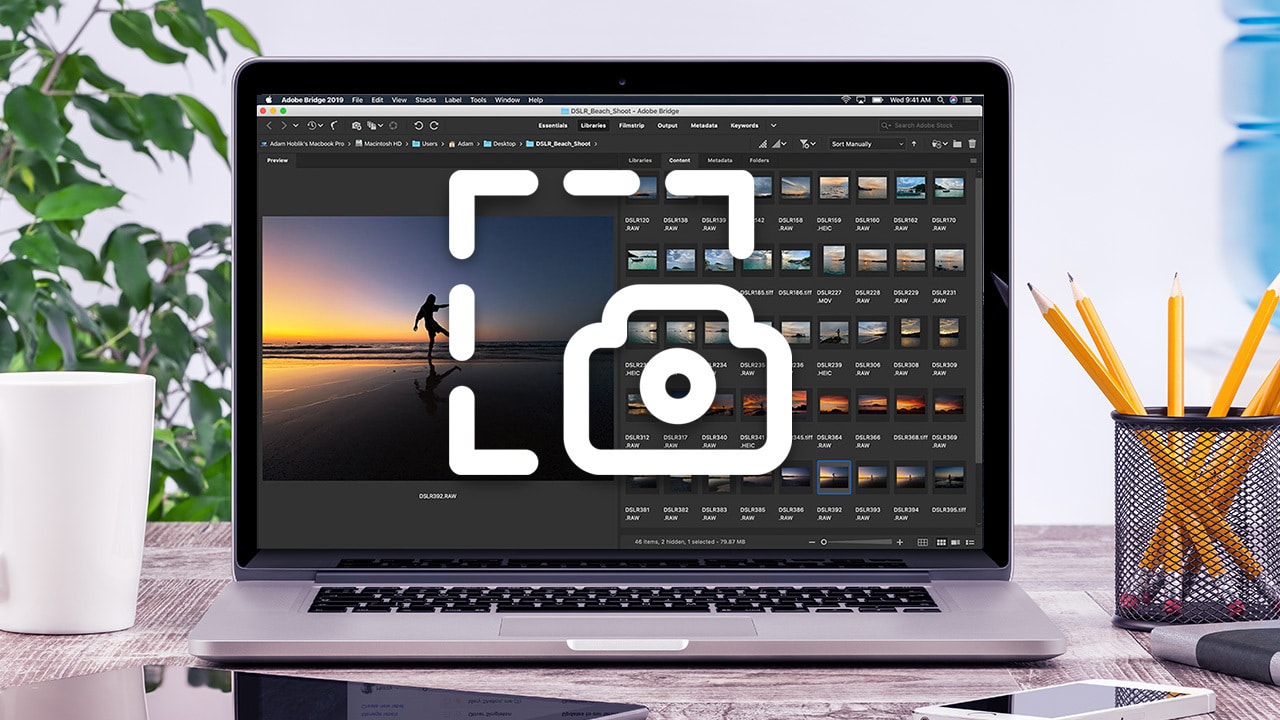 No doubt, that screenshots are a useful resource. So, its crucial to know how to take a screenshot on Mac Screenshots help someone direct to a new app, record important messages, or even to snap embarrassing pictures of your friends while Skyping. Sadly, there isn’t a simple Print Screen key for Apple laptops and desktops.

However, you can obtain the shot you need by using a few programs and keyboard shortcuts. The learning curve for these commands is simple.

Using keyboard shortcuts, take a screenshot of the whole screen.

If you want to capture the full screen or just a section of it, MacOS keyboard shortcuts are the simplest and fastest method.

As a default option, Apple’s saves screenshots to the desktop, but you may use a keyboard shortcut to copy the screenshot to the clipboard instead.

Here are some keyboard shortcuts for taking a screenshot of the whole screen in a Mac:

Moreover, in macOS Catalina and newer versions, a preview of the screenshot will appear in the bottom-right corner of the screen, which will let you quick access to editing tools. So, check that out.

Use the following steps to capture a specific area:

Step 1: Press the Command + Shift, and 4 keys at the same time. Draw a box around the area you wish to capture by clicking and dragging while your pointer is set to a crosshair. Then, when you release the mouse button, the screenshot will be saved to your desktop.

Step 2: Press the Command + Shift + 4 and Control keys at the same time. Draw a box around the area you wish to capture by clicking and dragging while your pointer is set to a crosshair. Then, when you release the mouse button, the screenshot will be saved to your clipboard.

Following are the steps to use keyboard shortcuts to capture a single window:

Step 1: To make your pointer a crosshair, press Command + Shift, and 4 at the same time.

Step 2: Next, hit the spacebar. A camera icon appears in place of the pointer.

Step 3: Now, you can see a light blue overlay highlighting each window your hover. After you click the window, you wish to capture, the image is saved to your desktop.

In addition, this method doesn’t just capture only the window. Here, you may save the desktop, the menu bar, the dock, or even an open menu by itself.

The window and its shadow are shown against a translucent background in the photograph that you save (PNG). When you click to save the image, hold down the Option (or Alt) key if you want to remove the shadow.

Step 4: To save the image to your clipboard, try this alternative way in step 1: press Command + Shift + 4 + Control at the same time.

Using the Screenshot app in Mac

Thankfully, this app offers three capture tools, along with settings for saving, whether to display the pointer, and more. Also, you can access this by opening the Other folder on the Launchpad, but it’s more convenient to use keyboard shortcuts.

Step 1: To open the Screenshots toolbar, press the Command + Shift, and 5 keys at the same time. Then, select whether you want to capture the entire screen, a specific window, or a specific portion of the screen. The generated image will automatically save to the desktop by default.

Step 2: To open the Screenshots toolbar, press the Command + Shift + 5 and Control keys at the same time. Then, select whether you want to take a screenshot of the entire screen, a selected window, or a selected portion. The final snap can saved to the clipboard.

Note: You can find these options on the OLED strip if you have a MacBook Pro with Touch Bar. Another feature unique to the Touch Bar is the ability to screenshot the Touch Bar display by pressing Shift + Command + 6.

Note: You can always modify the default save location for your screenshots using the Screenshot app.

Using the toolbar’s options button, choose Desktop, Documents, Mail, Messages, QuickTime Player, or Other Location. Choose that last option, to send your screenshots to a specific location, such as a dedicated folder that you may create by clicking New Folder.

If you’re not a fan of keyboard shortcuts, Grab allows you to take screenshots, right from the menu bar. Occasionally, if you need to arrange the scene before taking a screenshot of your display, the software also allows you to do so.

Note: Grab is not included in macOS Catalina or higher versions. Instead, the Command + Shift + 5 keys now controls its functionality.

Step 1: Launch Finder, then choose Applications from the list on the left.

Step 2: Now, double-click on the Utilities folder and select Grab.

Step 3: After launching Grab, an icon for the application will appear in the dock; you can pin this icon for later quick access. Grab hardly ever has a window and is almost exclusively controlled by the menu bar.

Step 4: To take screenshots, simply use the Capture menu system or the keyboard shortcuts listed next to the relevant command.

Whereas, the Grab showcases the same three possibilities previously mentioned: a specific area of the screen, a specific window, or the entire screen may be captured. Additionally, it offers a Timed Screen option that delays taking the snapshot for 10 seconds.

This indicates that you have enough time to take care of any necessary tasks, such as opening a menu or positioning the cursor correctly.

Step 1: To open Grab, start by following the directions above.

Step 2: Choose Timed Screen from the Grab menu, or use the Command + Shift + Z keyboard shortcut.

Step 3: Note, that your cursor won’t by default appear in the screenshot. Click Preferences from the main Grab menu and choose the pointer icon from the next pop-up window if you want to be sure it’s in the frame.

Using Preview to take a screenshot on your Mac

The default tool, Preview, enables you to open a variety of files, including PDF files (here’s how to convert them). Numerous lesser-known features exist in it, such as the toolbox icon’s ability to modify photos. Preview also allow you to take screenshots!

Step 1: Open Finder, then click Applications on the left.

Step 2: To open, double-click on Preview.

Step 3: After the app has opened, select File from the navigation bar.

Step 4: Hover your mouse over the drop-down menu next to Take Screenshot and choose From Selection, From Window, or From Entire Screen according to your preferences.

Even while using a keyboard shortcut is much faster, Preview does have one significant advantage: you can specify where to save screenshots. The other alternatives on our list will save your screenshot to your desktop with a long filename. Here, you can make a few modifications to the screenshot in Preview before saving the file wherever you’d like. Preview is a good option if you care about that.

What happens to your screenshot? Here, date and time will be added automatically by Mac, as it was taken before storing it as a PNG file on the desktop, assuming that it didn’t just send it to the clipboard. This is convenient for rapid reference, but if you take a lot of screenshots with strange names in a row, your desktop will quickly become a crowded mess.

There are new organizing and quick-editing options available if you are using macOS Mojave or later. The screenshots are saved to the desktop, and it will aggregate in one corner and spread across. To easily organize them into groups and clear up your viewing area, right-click the desktop and choose Use Stacks. In addition, Markup tools allow you to instantly edit your screenshots.

If you’re working with a previous version of macOS, your options include dropping the screenshots to the trash, altering them using Terminal commands, or utilizing third-party macOS applications.

On our list of the top macOS apps, you will find information about our preferred screenshot applications. One of our favorites is the Tiny Take for Mac program, which enables exact snapshots and intricate image manipulation.

Keep in mind that, default name and the file format can be changed. Also, as well as the timestamp from a screenshot, using commands in the Terminal. Remember to hit Enter after executing commands.

How to change where screenshots are saved?

Although the default is PNG, this example utilizes JPG. Additionally, TIFF, GIF, and PDF alternatives. Make sure to keep a space between “type” and the format you desire.

Simply, changing “true” to “false,” you can make shadows appear again. If you hold down the Option or Alt key while saving a snapshot, depending on your device, you can also completely turn off shadows.

Note: For each of these commands to take effect, a reboot might be necessary.

How to take screenshots on other devices

You might also be curious about how to snap a screenshot on an iPhone if you own other Apple products. Although it depends on the generation of device you have, it’s very straightforward.

Step 1: Holding the Home and Power buttons simultaneously is simple if you have an earlier iPhone with a Home button.

Step 2: Holding the Volume Up and Power buttons simultaneously on newer devices without a Home button. Follow the same procedure to capture a screenshot from an IPad.

The Top 5 Mac Keyboard Shortcuts That You Need to Know

Here’s How to Reset Your Login Password on a Mac

Here’s How to make a Mac screen easier to read